Bahram Beizai, Stranger and the fog

Bahram Beizai's "The Stranger and the Fog" (1975) is quite simply, a hypnotic experience. Despite the film's two-hour plus running time, the story is incredibly simple. A man, lying unconscious in a small boat, washes up on the shore of a peaceful seaside village. He is wounded, and all he remembers is that his name is Ayat (Farsi for "the sign"). Despite their initial distrust of Ayat, the people eventually accept him (after a series of grueling physical tests) and he falls in love with and marries a young widowed mother named Rana. Eventually, however, ominous men come to take Ayat away, and in a stunning fifteen-minute sequence, the townspeople help Ayat fight and kill the intruders. Fearing that more men will return and harm his newfound friends, Ayat leaves the village in that same boat he arrived in. We never find out who the men were or why they were chasing Ayat. It may seem impossible to keep a film as long as "The Stranger and the Fog" interesting enough to watch with such a simple plot, but Beizai creates such a gripping and creepy atmosphere, that the film seems to go by very quickly. Part of this atmosphere is created by the gorgeous wide-screen photography (which is so good, that the film looks beautiful even on the cropped VHS copy that I own), but the two aspects that I want to discuss in this review are first, the influence of the Iranian theatrical tradition known as Taziyeh, and second, the influence of other countries' cinematic and cultural traditions. These two aspects come together in Stranger, to create a unique viewing experience. I am by no means an expert on Iranian culture or history, so I won't go into too much detail about Taziyeh. But even a limited knowledge of Taziyeh can help one better appreciate "Stranger". Taziyeh is a form of passion play dating back thousands of years, while a detailed history and discussion of the specific reasons behind Taziyeh's aesthetic is impossible here, it should be noted that Taziyeh has deep Islamic religious roots, but is very specific to Iran. The Taziyeh stage is a circle, and the audience surrounds the stage. The acting is intentionally unrealistic, sometimes much too subdued, sometimes intentionally overwrought. The actors frequently address the audience directly, so that they are constantly reminded that they are watching a play. In Taziyeh it is the spectacle that is most important; the text comes second. In many ways, Taziyeh is a foreshadowing of the self-reflexive tendencies throughout Iranian film history, but that is the topic for another essay. In "Stranger", we see the influence of Taziyeh immediately. The acting is highly stylized, with the actors very often facing the camera while talking. Although they are addressing other characters within the diagetic world, we as an audience become aware of the artifice. A circular motif is used throughout the film as well, most noticeably in the scene of Ayat's initiation into the village community, and in the final scene, where the villagers encircle Rana as she watches Ayat sail off into the distance. Although the film uses as its basis a form of theater very specific to Iran, the film actually has a universal feel. The way in which Beizai achieves this is through his use of setting and costumes. Although the characters in the film speak Farsi, the houses in the village look Russian, and the clothes of many of the men, including the intruders, with their flat hats and broad shoulders are unmistakably Japanese in their origins. One unfamiliar with Iranian culture might ask what part of Iran the story is set in, but in fact Beizai has created a fictional world, in which various cultures mesh together. Beizai quotes Russia and Japan in formal ways as well. The cinematography, with its images of thick fog rolling through ominous, dead landscapes, is very reminiscent of the films of Andrei Tarkovsky, and in the climactic battle scene, there is a sequence of shots that is an unmistakable direct homage to Akira Kurosawa's "The Seven Samurai" (1954). Those are but two brief examples. Ultimately, there is much more to "The Stranger and the Fog" than I have discussed here. I have left out a discussion of the films narrative themes completely for it would take another seven hundred words to even begin to do them justice. As it stands "The Stranger and the Fog" is a fascinating, multi-leveled work that can be appreciated by both fans of unusual, haunting film, and those interested in Iranian artistic traditions. 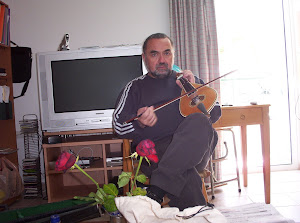 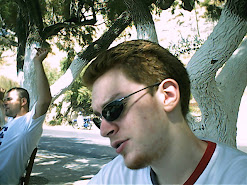 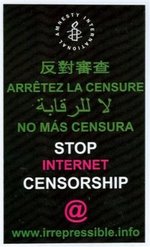 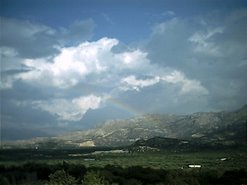